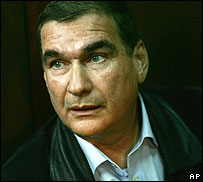 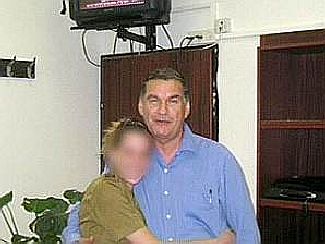 Anshel Pfeffer joins other journalists who write about the apathy and mere lip-service of the majority of Israelis, among them the 74% who now express their opposition to expulsion.

Because this majority, due to its disunity and sectorial rivalries, is unable or unwilling to articulate a unified opposition to further expulsions, the way is wide open for the Olmerts, the Livnis, the Peres’, the Ramons’ to divide and conquer while spinning future expulsions of Jews and divestments of additional Divinely-ordained Jewish lands either in the name of expulsion, or under any other name or bogus rationale.

Read the excerpts below of Pfeffer’s piece against the background of deputy prime minister of moral trupitude, Haim Ramon’s publicized absurdities also below;

Ramon: Create PA State Now while We Have Partner

Excerpts;
“Israel must act now towards creating a new Arab state because we ‘do not know how much time we still have a partner.'”

“Final borders must be drawn ‘carefully and slowly’ but insisted that most of Judea and Samaria represent a ‘threat’ to Israel so long as Israel retains it.”

And finally, this Ramon gem;

Ramon said Israel should try to arrive at an agreement with Abbas on the ‘principles of the final-status agreement,’ since it was ‘the first time in seven years’ that Israel had a partner on the Palestinian side.”

We have a friend, a partner as Kassams, mortals and molotovs continue to fall in the south and as snipings and stonings continue throughout Yehudah and the Shomron? Seven years without a “partner” while sucessive regimes have been marketing Abbas as a “partner” for the last four years? Ramon, even your lies are inconsistent and contradictory.

Until the Jews are motivated to unify and to present a unified doctrine proving the Expulsion from Gush Katif and any such future expulsions, regardless of name or rationale as bogus, invalid and irrational and to back this opposition up with concrete, unified 24/7 action in the streets as in the Ukrainian Model, expect Olmert, Ramon and the rest of their buffoons, along with their MSM partners like Anshel Pfeffer to keep getting away with more anti-Torah lies and deceit.

In the meantime, read this from Rav Me’ir Kahane, Z’l; “Israel, US and the Stinking Fish” and get fired up! MB

A Ma’ariv TNS opinion poll conducted on the second anniversary of the disengagement from the Gaza Strip and Northern Samaria shows that 59 percent of Israelis now think the unilateral pullout was a mistake, while 29% still believe it was a good idea. The numbers are interesting since they are basically a mirror image of the polls from two years ago. Back then, close to two-thirds of the population was in favor and about 30% against.

This means that nearly a third of the Israeli public – who two years ago were all for dragging more than 8,000 Jews out of their homes and handing over the territory to Hamas and Islamic Jihad, giving them much more convenient launching pads for their Kassams, and getting nothing in return – now think they were wrong.

The truth of the matter is that many who belong to that crucial third of the electorate – who changed their opinion over the last two years and are the voters who decide elections in Israel – couldn’t articulate a serious case for or against disengagement, then or now. It’s not that they are stupid, at least not all of them. It’s just the apathy that has infected so many Israelis over the question of the future of the areas across the Green Line.

The steady attrition caused by years of terrorist outrages and empty promises of new solutions has laid waste to the ideological battlefield within Israeli society, blurred the lines between Left and Right and raised political cynicism and opportunism to new heights.

They supported disengagement because it was the brainchild of an immensely popular prime minister and was packaged and presented by the best spin doctors in the business, with the eager assistance of a compliant press.

As long as Ariel Sharon was in the picture and seen as a sure bet to win the next elections, disengagement was simply an extension of his popularity. Its swift and efficient execution was seen as another feather in his cap, propelling him to another landslide.

With Sharon gone and replaced by a government whose leaders are perceived as corrupt bunglers, tainted by failure in Lebanon, disengagement is now seen in a different light.

The inability of so many Israelis to judge the pros and cons of disengagement not in relation to the popularity of the current government is a sad reflection on the shallowness of public debate. That it boils down to a question of who has the better PR machine should be worrying to both those who support and oppose another round of settlement dismantling in the West Bank.

This week’s poll shows that right now only 18% are in favor of more unilateral pullbacks, while 74% are against. But all that means is that the right spin doctors haven’t been hired yet to sell the idea.

1 thought on “Expulsion by Any Other Name or Rationale, is Still Expulsion”