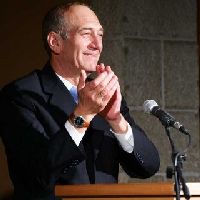 For context, click on this post; 2 Years After Expulsion: Regime to Former Gush Katif Residents = 0 posted to this blog just over 2 weeks ago.

Settlers evacuated from the Gaza Strip two years ago and now living in temporary housing in Nitzan recently received letters from the Israel Defense Forces addressed to “the Nitzan refugee camp.”

Stunned residents said the letters merely intensified their feeling that they were, indeed, refugees.

“The government made us promises, but hasn’t kept a single one of them,” said D. “Since August 2005, we’ve been living in a terribly crowded caravan in Nitzan, with difficult feelings.”

Each time he gets a call-up notice for reserve duty, he continued, “I am astonished anew to see that they are summoning me to reserve duty while addressing the letter to me [in] … the ‘Nitzan refugee camp.’

“The letters the IDF sends me, in which I am addressed as someone living in a refugee camp, merely underscore how the state thinks and feels about us,” he added.

The IDF said it is investigating the matter.

PM: We Have given More than Enough to Evacuees

Prime Minister Ehud Olmert was defiant Wednesday during a special Knesset deliberation on the disengagement from the Gaza Strip, saying he did not intend to apologize for the pullout or for the compensation package to the settlers.

The special gathering was imposed on the prime minister by the demand of at least 40 MKs that he appear before them to discuss the disengagement on the first anniversary of the state comptroller’s report on Gush Katif.

“The compensation offered is above and beyond any previous precedent,” Olmert said.

“I do not think there has been a subject about which the government made so many decisions and was very generous about it. The demand for the evacuation of communities as a whole is a major difference from the individual evacuation that took place in the Sinai,” he added.

However, MK Zvi Hendel (National Union), formerly a resident of Gush Katif, was highly critical of the prime minister. “This is a lie,” he charged.

When Olmert said that “mistakes were made by all sides,” Hendel was caustic: “I did not cause the death of Jews.”

He said that in other instances the government is blamed for “corruption and distortion of norms… and suddenly [the same MKs] are proposing to ignore the regulations, as if they were not there. Stop with this hypocrisy,” Olmert said.

Re: Olmert’s bureaucratic “norms” and hypocrisy:

Is it “regulation” to have compelled the former Gush Katif residents to present hardcopy of scores of years of electric and telephone bills to prove their residence? And would suspension of such idiotic “rules” constitute “hypocrisy” when dealing with thousands of Jews who have been condemned to complete life upheaval at legalized gunpoint?

Is it “regulation” to have compelled former Gush Katif residents to submit to DNA tests to prove parenthood?

These are just a couple of examples of the lingering hard-hearted, vindictiveness of the Sharon/Olmert regimes and their SELA and their contrived efforts aimed at avoidance of solemn responsibilities; properly compensating and appropriately re-settling former Gush Katif residents whose possessions, assets, property, jobs and indeed lives, these regimes have stolen out from under them. MB