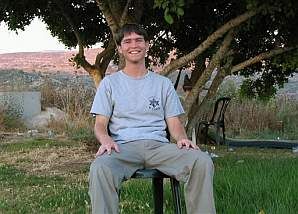 Charred body found near Ramallah is not Asheri’s

Update: Body From Ramallah May Be an Arab

IDF Gets Report of Israeli Body Found in Ramallah

“The IDF received reports on Tuesday night than an Israeli body was found in Ramallah. The security forces were investigating the credibility of the reports, Army Radio reported.

Meanwhile, the security establishment has assessed on Tuesday that 18-year-old Eliyahu Asheri from Itamar was in fact kidnapped. The assessment was made based on circumstantial evidence, without concrete proof.” read more

Officials from the office of the Defense Minister, Amir Peretz, denied that the kidnapping of Corporal Gilad Shalit would delay the expected destruction of several outposts in Judea and Samaria.

Advisors to Peretz said today (Monday) that the exact timing of the outpost destruction has not yet been set and they admitted that it is possible that the kidnapping affair may have an influence on the timing of the evacuations. read more

Rabbi Lau is the polar opposite of the Israel envisioned by the Zionist forefathers. We need an enlightened ‘new Jew’ to lead the country.

Since the ugly, sickly “zhid,” a character that doesn’t appear in the least bit majestic, bestows on the ideal image of the beautiful, proud Hebrew… the zhid should be shocked and humiliated, whereas the other guy should be proud. The zhid is loathsome to everyone and everything, whereas the proud Hebrew must charm them… The zhid loves hiding with bated breath from the eyes of strangers, whereas the other guy must march proudly and strongly towards the entire world…and wave the flag: I am a Jew! read more 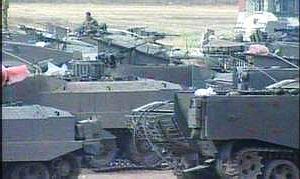 IDF tanks and troops rolled into southern Gaza before dawn Wednesday, encountering little resistance from Palestinians, in a bid to pressure Palestinian militants into releasing an Israel Defense Forces soldier seized Sunday in an attack on a military position near the Gaza border.

The operation, dubbed “Summer Rain,” was launched after two days of failed mediation over the release of Shalit. Defense sources told Army Radio on Wednesday morning that the Gaza incursion is the first stage of the operation. read more

It is painful to watch Prime Minister Ehud Olmert, Defense Minister Amir Peretz and Foreign Minister Tzipi Livni try to contend with the terrible outcome of the Palestinian terror strike against the IDF on Sunday morning.

They use so many fancy and angry words. They sound so resolute. And yet, they have nothing useful to say. Two soldiers are dead, a third is now the prisoner of jihadist killers, seven are wounded, an IDF border post has been overrun, and a world view and a security doctrine have been blown to smithereens. read more

Report Shows: Outposts are Not Illegal

As the gov’t prepares to destroy what it calls “unauthorized” outposts, the Shomron Regional Council presents evidence that the outposts are no more “unauthorized” than many other Israeli towns.

… The State Comptroller’s report of 2005 and many other sources, shows that the outposts were built in the same manner as many towns in Israel over the years.

… A 1999 Knesset speech by then-MK Ariel Sharon explaining the rationale governing the construction of the outposts. Ironically, it was Sharon, as Prime Minister, who later asked for and accepted Sasson’s report against the outposts. read more

In the wake of recent events, including the suspected kidnapping of a youth from Itamar on Sunday, Knesset Member Uri Ariel (National Union-NRP) has called upon the defense minister and the transportation minister to increase public transportation in Judea and Samaria.

“As you know,” MK Ariel explained, “there are warnings of attempts to kidnap civilians. The order not to hitchhike is a command that the public cannot bear, as public transportation is very infrequent (in many communities, a bus comes only twice a day).” In any event, MK Ariel promised to work to make the Jewish residents of Judea and Samaria aware of the dangers in hitchhiking, in the hope of limiting the phenomenon. read more

Egyptian- and French-led efforts to negotiate for the release of an Israeli soldier abducted by Palestinian gunmen in the Gaza Strip have failed, Israeli television reported on Tuesday.

Quoting a source close to the mediators, Channel Two said there was “zero chance” of recovering Corporal Gilad Shalit through talks, bringing closer the prospect of a major Israeli military sweep of Gaza. read more

The placement in Torah of our Parsha Chukat and the Parah Adumah raises questions as to why the Parah Adumah and it’s Halachot are mentioned here in our Parsha; only after Korach’s rebellion and after the continued murmuring of the Am against Moshe Rabbeinu, and after the plague which killed thousands only ending with Aaron’s carrying an incense pan amongst the people (upon Moshe’s instruction), and after the story of the rods. read more

Death of the Concept, by Meir Eindor

What else has to happen before the architects of this catastrophe admit their failure?

The entire new concept of security, based on the notion that Israel should dig in and realign itself behind a fortified wall, crumbled at Kerem Shalom. Once and for all it was proven that there is no substitute for a strong IDF presence in areas where terrorists organize.

The evacuated area has been filled with dozens of sub-groups of terror organizations, and hundreds of armed cells receive weapons, some from “official” sources, some (mostly anti-tank weapons) which move freely across the Philadelphi Route – an additional Israeli mistake which was given over to Palestinian and Egyptian supervision. read more