Rafi Eitan Can Serve as a Minister Despite Charges 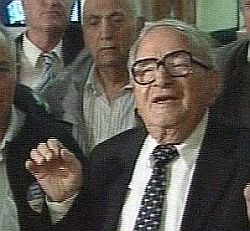 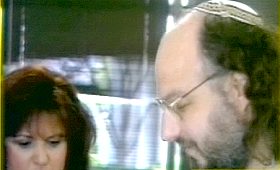 Attorney General Menachem Mazuz said today that he does not intend to prevent newly sworn-in Knesset Member Rafi Eitan, chairman of the Pensioners Party, from taking a ministerial post despite criminal charges filed against him.

Channel 10 television news reported that Eitan, an international business mogul, has been charged with violating zoning laws. The violations in question relate to illegal construction at the Dolphin Reef in Eilat, partially owned by Eitan.

The attorney general explained his decision by citing the case law preventing someone charged with “serious crime” from serving as a government minister, noting that the charges against MK Eitan do not fall into the rubric of “serious crime”. Furthermore, the attorney general’s office explained, Eitan is included in the charges filed as an officer of the company involved, but he was not personally accused of any criminal action.

Here is a unique approach on behalf of securing Jonathan Pollard’s release. The above question; What would Attorney General Mazuz say if Eitan were charged with withholding evidence, the submission of which would result in Washington’s release of Jonathan Pollard?

Is there any way in which Jonathan Pollard’s Israeli legal staff could file such charges in court? Or has such litigation already begun? Must we make a lot of noise for a decision by Attorney General Mazuz on this issue? MB

1 thought on “What Would Mazuz Say if Eitan Were Charged With Withholding Evidence Which Would Free Jonathan Pollard?”