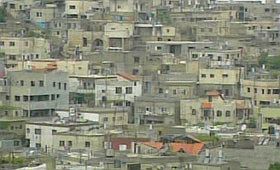 “The state comptroller has been asked to investigate the “whitewashing” by the Jerusalem municipality of at least 300 cases of illegal Arab construction in the capital.”

“Chairman of the Jerusalem Forum, Aryeh King, filed the request following an expose’ published by the 02Net local Jerusalem news site, which alleged that municipal officials have erased the files dealing with hundreds of cases of illegal construction in eastern Jerusalem through the year 2004 that were never dealt with, with the intention of allowing statutes of limitations to run out.”

“The municipality responded to the allegations, blaming the threat of Arab violence for the lack of enforcement. “During the years of the Intifada, the municipality had difficulty carrying out the necessary level of enforcement in the neighborhoods of eastern Jerusalem due to security constraints,” a statement read.”

“Last month, the government spent 7.5 million shekels ($1.6 million) and deployed over 7,000 police and IDF troops in order to destroy nine buildings in the Jewish community of Amona.”