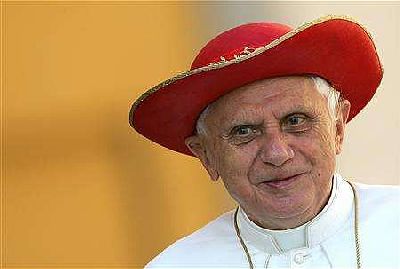 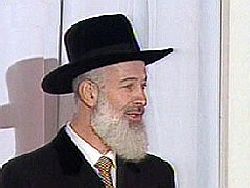 This blog will not comment beyond this link to Pope Benedict XVI’s alleged past membership in Hitler Youth despite denials of same by a Vatican spokesman and assertions of reluctance to join by another spokesman.

But Israel’s Ashkenaz Chief Rabbi Metzger’s making a spectacle of himself with his headline announcement that the ‘Pope agreed that the Vatican would stop missionizing Jews’ is as phony an agreement as the document signed by freed, swapped terrorists that they would never again involve themselves in terrorism. And we know how quickly those signed documents of freed terrorists are discarded and how quickly many or most freed Islamic terrorists return to their terrorist deeds blowing up, injuring, maiming and killing more Jews.

And this blog has gotta ask; if the Pope walked out of the festivities at Notre Dame Pontifical Institute in Jerusalem after Chief Islamic Judge of the Palestinian Authority, Sheikh Tayseer Rajab Tamimi’s unscheduled, unsolicited verbal attack upon Israel, just why did Army Radio report that the Pope shook Tamimi’s hand on the way out?

One must ask Rabbi Metzger, did he get the Pope’s pledge in writing, or did the Pope only “agree” orally? What land, i.e. Mount Zion concessions were extracted in exchange? And as the Pope continues supporting missionization of Jews, laughing disdainfully all the back to the Vatican… MB

Pope Tells Grand Mufti of Jerusalem That Promise to Abraham is Universal [Rather Than to Jews?], Dr. Aaron Lerner (IMRA)