This author holds that columnist Caroline Glick is too American in scope and orientation such that there is a de-emphasis, or at least an under-emphasis on the true rationale behind the regime’s actions, and indeed, behind at least 20 years of actions by Israeli governance; a systematic campaign to brainwash and separate Israelis from their Jewish roots, history and heritage.

This author has attempted to excerpt this column in a way in keeping, with everything posted on this blog, to focus totally on the situation and perspective in Israel. This blog has endeavored to separate the Islamic lust for Israel’s destruction and eradication from worldwide Islamic foment. As such, this author is diabolically opposed to Israeli government rationalizations and hiding behind the bogus, non-existent “cloak” of American will and pressure. For, in reality, Jews have one source to answer to, not “Uncle Sam”, not Condi Rice, not so-called “Western morality (sic)” which deemed separate, segregational entrances for Jews at Annapolis, etc. Jews, real Jews answer only to a higher authority — Hashem in Shemayim. MB

Also worth reading, in the same vein and with the same emphasis are; The Year of Engagement [Re: Iran Nukes], by David Horovitz (Jerusalem Post) and Power of Repression, Roni Sofer (Ynet). 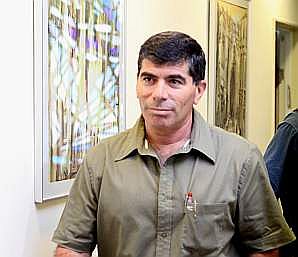 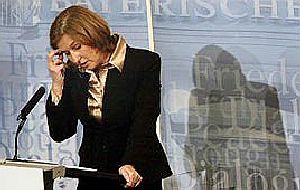 COS Gabi Ashkenazi: “It is impossible to defeat a terrorist organization without eventually controlling the territory….”

Life in southern Israel is unbearable. Since last January, on average, 6.3 mortars and rockets have been fired from Gaza on southern Israel every day. As Deputy Defense Minister Matan Vilna’i warned the heads of the communities around Gaza last week, due to the improvements in the Palestinian arsenal since Israel vacated Gaza two years ago, the Palestinians now field missiles and rockets with extended ranges that place 130,000 Israelis under threat of missile attack.

Wednesday, IDF Chief of General Staff Lt.-Gen. Gabi Ashkenazi made clear that if Israel wishes to secure its citizens there is only one thing it can do. It can conquer Gaza.

In a speech at Tel Aviv University, Ashkenazi explained, “It is impossible to defeat a terrorist organization without eventually controlling the territory. The good situation in Judea and Samaria is the result of our control over the area and we will not be able to achieve victory in the conflict [in Gaza] simply with indirect fires and attacks from the air.” Presumably Ashkenazi made this point Wednesday morning at the security cabinet meeting. But apparently, he was no match for his competition.

Squared off against Ashkenazi was Foreign Minister Tzipi Livni. Livni warned her colleagues that securing southern Israel will destroy the peace process. If Israel secures the south, the Arabs and the Bush administration will get really mad. And “moderate” Palestinian leader Mahmoud Abbas will turn his back on the peace process and reunite his US-trained Fatah forces with the Iranian-trained Hamas forces. Livni’s message was clear: The government must choose between security and the peace process.

Livni won the argument. The peace process won out against the security of southern Israel.

“In their rush to placate… jihadists, Israeli… officials willingly trounce… core values of the rule of law and freedom of expression.”

The Olmert government’s preference for process over substance is not unique. Indeed, it is malady shared by governments throughout the free world. The philosophical foundations of this malady are similarly common ones.

The NIE, which asserts that Iran halted its nuclear weapons program in 2003 as the result of the program’s exposure and the international scrutiny that followed, concludes that “Teheran’s decisions are guided by a cost-benefit approach rather than a rush to a weapon irrespective of the political, economic, and military costs.” And since Iran is rational, the NIE recommends that the US and its allies make Iran an offer which entails “some combination of threats of intensified international scrutiny and pressures, along with opportunities for Iran to achieve its security, prestige, and goals for regional influence in other ways.”

When Ashkenazi explained that the conquest of Gaza is the only way to secure southern Israel, he was representing the rationalist camp’s view of rationality. Since the Palestinians overwhelmingly support the jihadist aim of destroying Israel, it is rational for them to attack Israel for as long as they can. Since Israel cannot change the way the Palestinians understand the world and the meaning of life, the only way it can protect its citizens from murder is by taking away the Palestinians’ ability to attack.

“Politically there is the fact that Prime Minister Ehud Olmert’s Kadima party was founded on the view that territory has no defensive value and that preemptive surrender is a reasonable national strategy.”

In their rush to placate this irrelevant tiny minority of jihadists, Israeli, US and European officials willingly trounce their core values of the rule of law and freedom of expression. In Israel, Israeli Jews who build homes without permits are prosecuted to the full limit of the law and ejected from their homes. Israeli Arabs who have built entire towns illegally are ignored by authorities in the interest of avoiding diplomatic consequences or stirring up passions.

In Israel, it is difficult to convince people that the ideology of jihad is unimportant. But the rationalizers have two other ways to convince the general public and their political base that they are right to ignore the enemy’s actions and intentions and concentrate on efforts to appease. First there is the fear factor. Given the overwhelming nature of the Arab and Islamic world’s hatred of Israel and the Jewish people, Israel’s rationalizers defend their preference for imaginary peace processes over security by arguing that Israel cannot afford to fight a war. Far better than facing that hatred on the battlefield is the option of preemptive surrender. As the rationalizers argue, if Israel shrinks into the 1949 armistice lines, builds a big wall and hides behind it, then maybe the Arabs will forget that we’re still here and leave us alone.

Politically there is the fact that Prime Minister Ehud Olmert’s Kadima party was founded on the view that territory has no defensive value and that preemptive surrender is a reasonable national strategy. To acknowledge that territory is important or that surrendering territory to your enemy strengthens your enemy and weakens you would involve admitting that Kadima’s founding principles are all wrong. So Olmert and Livni and their associates maintain the fiction, do nothing to secure southern Israel and seek to transfer Jerusalem, Judea and Samaria to Fatah terrorists.